Weeping picture of the Blessed Virgin at Sehion Retreat Centre

Weeping picture of the Blessed Virgin at Sehion Retreat Centre 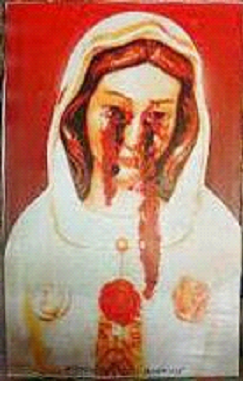 In August 2006 a person who came to Sehion Retreat Center (http://www.sehion.org/) for retreat presented a picture of our Lady of Rosa Mystica which shed Blood Tears, to Rev. Fr. Xavier Khan Vattayil, the
Director of Sehion.

Moved by a divine inspiration Fr. Xavier Khan arranged a bigger reprint of 6 feet height of the same picture and blessed it and placed the picture in a small shed at the entrance of the compound. 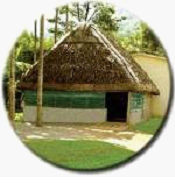 He named it Mariankoodaram, a chapel, dedicated to our Lady of Rosa Mystica, where a group of intercession team incessantly pray for the conversion of sinners and Evangelisation of the world from, dawn till late at night, by reciting the Holy Rosary.

Our Lady shed tears from 4th to 8th September 2006

This is one among the many intercession centers in the compound. Besides, Fr. Khan and Sehion team also used to pray before this picture whenever time permitted. It was from this picture that Our Lady shed tears from 4th to 8th September 2006. As usual, on September 4th 2006 the member in charge of the intercession group entered the chapel for cleaning and arrangements. She approached the picture to touch and venerate and to her utter surprise she saw tears running down from the eyes of the picture. Immediately the news spread. Many of the Rev. Fathers and Rev. Sisters rushed to the spot and witnessed this miracle.

Hearing this news people from every part of Palakkad Diocese and from other dioceses far and wide came to witness this and pray. His Lordship Rt. Rev. Dr. Jacob Manathodath, who happened to be at Attappady on some official visit, also came to Mariankoodaram and prayed before the picture.

Since this miracle many people have come over here and placed their burdens before this picture of Our Lady of Rosa Mystica and have experienced miraculous relief from sicknesses and obtained several blessings.

Another Miracle of Rosa Mystica from Kottayam, Kerala, India

This family was suffering from lot of diseases and other difficulties. Albin, a partially blind small boy was the first person to catch glimpse of this miracle.
In his total astonishment, he called his mother, a brain tumour patient to see this miracle. It was a view beyond their human imagination. Blood was pouring out from eyes of the picture of Rosa Mystica.
The partially blind boy and his mother who was suffering from brain tumour was cured after this incident. The smell of fragrance enveloped their whole house.
Hearing the news of this miracle, people came out in large numbers to their small house to see this miracle. In order to control the situation, the picture of Rosa Mystica (blood pouring) was taken to their Parish Church at Erumely for the public veneration of the Blessed Virgin Mary.
The family was gifted with another picture of Rosa Mystica for prayer by a priest. After few days, blood came out from the second picture of Rosa Mystica too. To avoid any controversies, the second picture of Rosa Mystica was also taken back from that family by the priest who gifted it to them.
Another picture of the Rosa Mystica was again given to them for prayers by the same priest. But the miracle continued in the third picture too. This brought faithful from all walks of life and distant places to the small house and the news went across the seas.
Hearing this miracle, a statue of Rosa Mystica was also gifted to them from Germany by one of the faithful. Soon the statue also became an instrument in the miracle. From the statue of Rosa Mystica also miracles started to happen in the form of oil, honey, and milk.
These miracles happened in the presence of hundreds of people and live video was also taken by persons who wants get a scientific opinion about these miracles. At present the picture and statue of Rosa Mystica are kept in the house itself for the benefit of the humble family and the faithful, but locked in a glass chamber by the priests in order to make sure that, it is out of any corruption and human touch.
Only priests are allowed to open the glass chambers to change the plates. But even today, the Miracle continues. Please watch the video link. (I am unable to access the video –Michael) Pictures and statues are just hand made things and we don’t have to worship or venerate them. But Divine Power is showing its mighty presence in all objects and creatures to remind all of us to live in God’s presence in our earthly life.
This miracle is interpreted as a call by the Blessed Virgin Mother to all her children (that means all human mankind) to come out from the bonds of sin and adore and worship Jesus Christ, our Lord.

Fr. Xavier Khan Vattayil (Malayalam: സേവ്യർ
ഖാൻ
വട്ടായിൽ) popularly known as ‘Vattayilachan’ is a 47 year old Catholic priest from the Syro-Malabar Catholic Diocese of Palghat in India, known for his preaching and especially evangelization through television, radio and other media. He is the founder-director of Sehion Retreat Centre
in Attapady, Kerala and Sehion Ministries, which is a part of the charismatic movement in Syro-Malabar Catholic Church. The television preaching programs called Abhishekagni on Shalom TV India and Maranatha on Jeevan TV are led by him. His new television series named Thunder of God has started telecasting in Shalom World TV (on Saturdays 9:30-10:00 PM Eastern Time) for English speaking community from 15 August 2015.Those programs are reported to have large number of viewers. The major initiative by him is called as Abhishekagni Convention which is conducted all over the world among Malayali communities. Source: Wikipedia

Both Fr. Vattayil and his Bishop Jacob Manathodath were involved in the recent

Note: This ministry disapproves of the site
http://christtotheworld.blogspot.in/
because it promotes the Medjugorje seers whose “apparitions” have been denied approval by their local bishops for almost three decades, and also because it promotes Vassula Ryden, an ecumenical channeler of messages that have theological problems, and whose credentials are dubious.