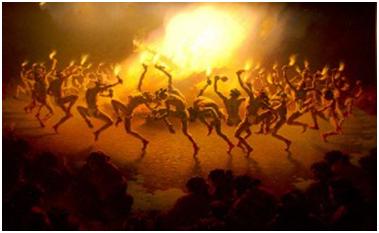 The liberal Lord of the Flies dance has begun with the appointment of Card. Burke to the Knights of Malta.

What better way to see what the extreme Left is doing than to see how HuffPo provides us with AP’s report:

AP – not exactly Catholic friendly unless its hard-left liberal – is what all the local outlets will pick up. Watch for the distortions.

This is an exercise in yellow journalism.

Cardinal Burke Loses Another Vatican Job [LOSES? Every single move before this has been an obvious PROMOTION!]
AP By FRANCES D’EMILIO

VATICAN CITY (AP) — American Cardinal Raymond Burke, a fervent opponent of abortion and gay marriage, was removed by Pope Francis from another top Vatican post on Saturday. [Which makes it sound as if Francis (and AP) is a fervent supporter.]

The removal of Burke as head of the Holy See’s supreme court was widely expected in church circles. [There’s some amazing reporting for you, considering that Card. Burke publicly confirmed that it was going to happen.]

While he was archbishop of St. Louis, from 2003-2008, Burke led fellow American bishops in campaigns to deny Communion to Catholic politicians who support legalized abortion. He has also questioned some of the pontiff’s pronouncements and approaches. [First, what does “question” mean?  And what would those pronouncements be?]

Last year Francis took Burke off the Vatican’s powerful Congregation for Bishops, dealing with appointments of bishops worldwide. [Actually, he didn’t reappoint him.  Burke’s five year term was up.  Furthermore, his “job” was Prefect.  He didn’t lose his “job”.]

On Saturday he transferred Burke from the Vatican court job to the largely ceremonial post of Patron of the Sovereign Military Order of Malta, a charity whose activities include hospitals and residences for the elderly around the world.

Burke, at 66, would have still had a good decade to continue serving in high-profile Vatican posts. [And, should Francis resign at 80, which is likely, Card. Burke will still be around.]

[Now the sharpened stick and face paint comes out…] His strident discourse and preference of fancy, old-fashioned vestments contrast starkly with the informal, chatty tone and simple, almost Spartan style Francis has established for his papacy. [I wonder if AP has done a story about how much more it costs for Pope Francis to live in the Casa Santa Marta than in the Apostolic Palace.]

Last month, Burke marshaled conservative criticism against the possibility the Vatican may loosen up rules that ban Communion for divorced, remarried Catholics. [“The Vatican”… sigh.  What really happened is that Card. Burke defended the Church’s perennial teachings.]

Francis has said that church hierarchy should not focus so much on abortion and same-sex marriage but instead concentrate on making the church a more welcoming place. [Which doesn’t mean changing the Church’s doctrine.] Meanwhile, Burke has said to a Catholic broadcaster that “we can never talk enough” against abortion and same-sex marriage. [Which puts him in agreement with St. John Paul II, who wrote: ” It is difficult to imagine a more unjust situation, and it is very difficult to speak of obsession in a matter such as this,…”]

He has also questioned Francis’ denunciation of excesses of capitalism. [I don’t know when he did that.  Could it be when Card. affirmed what Francis said, namely, that Evangelii gaudium, (with its odd comments about capitalism), is not intended to be magisterial?]

Watch for media bias and be prepared to respond.

Tags: THE SYNOD ON THE FAMILY