Oswald Cardinal Gracias is the President of the Conference of Catholic Bishops of India (CCBI).

This news story* comes close on the back of our correspondence with Oswald Cardinal Gracias, the Archbishop of Bombay as filed in our very recent report:

COVER-UP OF ACTIVE HOMOSEXUAL PRIESTS IN THE ARCHDIOCESE OF BOMBAY 4/7 JULY 2017 http://ephesians-511.net/docs/COVER-UP_OF_ACTIVE_HOMOSEXUAL_PRIESTS_IN_THE_ARCHDIOCESE_OF_BOMBAY.doc

While the Cardinal denies having any knowledge of sodomy having raised its head in his archdiocese and in his seminary, today’s news only confirms that Indian priests are not satisfied with raping young girls (as recorded in the files 01-08 below) but are now more frequently in the news for sodomy/attempted sodomy.

Just 5 days after I updated the above-referred report, another case broke, that of the arrest of Fr. Leo D’Souza
of Madhya Pradesh:

*YET ANOTHER PRIEST ARRESTED FOR SODOMY 12 JULY 2017

This is the second arrest of a priest for sex crimes against minors in the same Kottiyoor district in a span of five months. The diocese is Thamarassery; its Bishop is Most Rev. Remigiose Inchananiyil.

The problem appears to be pandemic in the Indian Church, but the senior-most Cardinal and the authorities of the entire Church continue to be in denial.

RAPE AND SEXUAL ABUSE BY INDIAN PRIESTS-CHURCH FAILS TO PUNISH GUILTY 08
(RELUCTANCE TO COOPERATE IN EXPOSING RAPE BY PRIESTS AND ACTIVE HOMOSEXUALITY IN THE SEMINARIES) JULY 10, 2017

Oswald Cardinal Gracias, the Archbishop of Bombay has an unenviable history of overtly supporting the gay/LGBTQ lobby as can be seen in the files here:

We have been fruitlessly pursuing with him, in his capacity as President, Conference of Catholic Bishops of India (CCBI), the case of the sexual molestation and rape of several young women by Fr. Joby Kachappilly VC, former Director of one of the Vincentian Congregation‘s 40-odd retreat centres in two locations in India and in Toronto, Canada.

We have called for the defrocking and laicization of the priest and for “justice” for the rape victims symbolizing the Church’s simple acknowledgement of his guilt and crimes, but the Vincentian Fathers have responded with silence, intimidation and even blackmail, while quickly shipping off the rapist-priest to Rome, and the senior hierarchy of the Indian Church as represented by Cardinal Oswald Gracias and his confreres have ignored all of our emails thus obliging us to place the details of the matter (in stages) in the public domain as per the above 8 files.

The official said Joseph has been charged under section 377 (unnatural offences) of the Indian Penal Code, and relevant provisions of the Protection of Children from Sexual Offences Act (POCSO) and the Juvenile Justice (care and protection of children) Act. 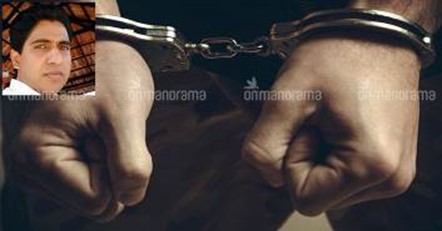 A Christian priest in Kerala has been arrested for allegedly sexually assaulting two minor boys of an orphanage for two years, police said. The victims were staying at ‘Balbhavan’ in Meenangadi where the priest was working, a police official said. Fr Saji Joseph, who was allegedly sexually assaulting the boy’s since March 2015, was arrested following complaints from children’s relatives, the official said.

He was absconding for the past three days and was arrested from Thamarassery on Monday. He was hiding in various places, including Mangaluru, they said. The official said Joseph has been charged under section 377 (unnatural offences) of the Indian Penal Code, and relevant provisions of the Protection of Children from Sexual Offences Act (POCSO) and the Juvenile Justice (care and protection of children) Act.

On February 28, a Catholic priest had been arrested on the charge of sexually abusing a minor girl who later gave birth to a child. The 48-year-old priest Robin Vadakkancheril was a vicar at the St Sebastian’s Church in Kottiyoor.

The
http://english.manoramaonline.com/news/kerala/2017/07/18/kerala-priest-sexual-abuse-boys-wayanad-police.html
report said that the priest had run away to hide in Mangaluru and was arrested from there. It gave the name of the institution as St. Vincent’s Balanagar, Meenangadi, and the ages of the victims as 14 and 15. Catholic agency UCAN carried the Manorama story: http://www.ucanindia.in/news/keralite-priest-accused-of-sexually-abusing-boys-arrested/35182/daily.

The story is filed on a number of Malayalam language news sites. 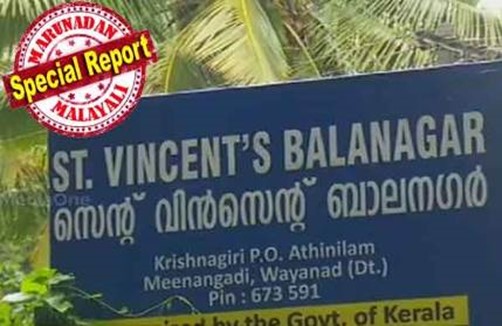 Causing further embarrassment to Kerala’s Christian Church, which is still struggling to get out of the scandal relating to the arrest of a 48-year-old senior Vicar for raping and impregnating a 16-year-old girl in Kannur district less than five months ago, a 45-year-old priest has been arrested for sexually abusing two minor boys, inmates of an orphanage at Meenangadi in Wayanad district.

Kerala Police personnel from the Meenangadi police station took Father Saji Joseph, a native of Kottiyoor in Kannur district, into custody on Monday evening from Mangalore, Karnataka where he was hiding at an estate of a relative. He was brought to Meenangadi on Monday night itself and a court in Kalpetta, Wayanad on Tuesday remanded him in judicial custody for 14 days.

Deputy Superintendent of Police Muhammad Shafi, who headed the police team that nabbed Fr Joseph, told newsmen at Kalpetta that he had been charged under Sections 9 and 10 of the Protection of Children from Sexual Offences (POCSO) Act, Section 75 of the Juvenile Justice (Care and Protection of Children) Act and Section 377 of the Indian Penal Code.

The matter came to light after the two boys, Class 8 and 9 students aged 13 and 14, told their guardians about it. The guardians alerted Child Line authorities who informed the police after getting the details from the boys during counseling. The priest went into hiding last weekend after the police, who registered a case over the abuse, launched a search for him.

As per the statements the children gave to the police, the priest had sexually abused them at the St Vincent’s Balabhavan, Meenangadi more than a year ago. Police officials said the priest had tormented the boys several times since March, 2016. The orphanage where the incident took place is not functioning presently.

About 30 children were staying at St Vincent’s Balabhavan when the priest had joined it as its in-charge but when it reopened after vacation, only four children returned. For the same reason, the police are examining whether more children had been abused. They are also examining whether he had committed similar crimes in Andhra Pradesh where he had been staying earlier.

“After going into hiding he had stayed at many places. We had formed special teams to search for him. One team was sent to Andhra Pradesh as he had studied there and another had gone to Karnataka,” Dy. SP Shafi said. Acting on specific information, the police took Fr Joseph into custody from the estate of a relative in Mangalore on Monday.

Kerala’s Catholic Church had fallen into a deep crisis in February last after 48-year-old influential priest Fr Robin Vadakkumcheri, manager of a Church-run school in Kottiyoor and Vicar of a parish church at Neendunokki, Kannur, was arrested for raping and impregnating a 16-year-old girl.

Fr Robin had abused the girl, a Plus 1 student at the school of which he was the manager, at the parsonage of his parish church several times. She gave birth to a baby boy at a Church-run hospital on February 7 and the priest, who had gone into hiding, was arrested from Chalakudy, Thrissur 20 days later while he was on his way to flee to Canada from the Kochi airport.

The crisis had deepened further for the Church after the police booked another senior priest, who was also the head of the Child Welfare Committee in Wayanad, and six nuns, among whom were a senior doctor and manager of the hospital where the girl had given birth to her baby, for helping him hush the matter.

The State had witnessed several child sex abuse scandals involving Christian priests in the recent years, forcing the Kerala Catholic Bishops’ Council to consider formulating a protocol for priest and nuns. The Robin scandal also forced the diocese to which he belonged to adopt measures like installing surveillance cameras in churches and presbyteries.

LETTER TO THE BISHOPS OF THE CATHOLIC CHURCH ON THE PASTORAL CARE OF HOMOSEXUAL PERSONS CDF
OCTOBER 1, 1986

CONSIDERATIONS REGARDING PROPOSALS TO GIVE LEGAL RECOGNITION TO UNIONS BETWEEN HOMOSEXUAL PERSONS
CDF
JUNE 3, 2003

INSTRUCTION CONCERNING THE CRITERIA FOR THE DISCERNMENT OF VOCATIONS WITH REGARD TO PERSONS WITH HOMOSEXUAL TENDENCIES BENEDICT XVI NOVEMBER 4, 2005

WHY WAS THE BEATIFICATION CAUSE OF POPE PAUL VI SUSPENDED?-FR LUIGI VILLA

AMORIS LAETITIA AND THE GAY MAFIA IN THE VATICAN 01

HOMOSEXUALITY INSIDE THE VATICAN

ON HOMOSEXUALITY AND THE PEDOPHILIA ISSUE

CONVICTED PEDOPHILE DOMINIC DIXON TRIES TO SILENCE THIS MINISTRYS EXPOSES OF HIM http://ephesians-511.net/docs/CONVICTED_PEDOPHILE_DOMINIC_DIXON_TRIES_TO_SILENCE_THIS_MINISTRYS_EXPOSES_OF_HIM.doc

CONVICTED PEDOPHILE DOMINIC DIXON TRIES TO SILENCE THIS MINISTRYS EXPOSES OF HIM 02 http://ephesians-511.net/docs/CONVICTED_PEDOPHILE_DOMINIC_DIXON_TRIES_TO_SILENCE_THIS_MINISTRYS_EXPOSES_OF_HIM_02.doc

Like Loading...
‹ Gay seminarians. Too many homosexualist bishops don’t care
Homosexuality at the altar and sacrilegious Holy Communions in the Church in Malta ›